About the Blog’s Name 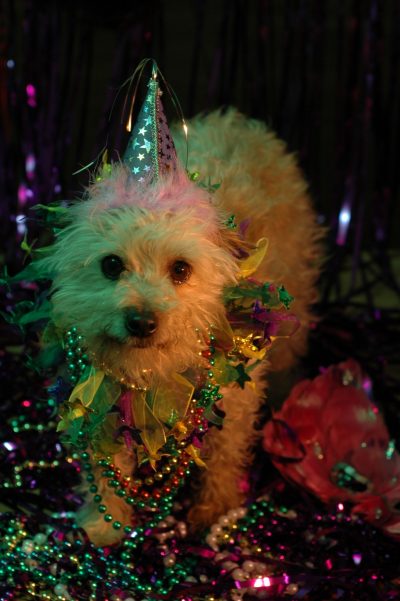 Like many things in life, including enlightened human beings, blogs evolve.

I started this one in 2009 to publicize a new book that I authored named  Am I Boring My Dog: And 99 Other Things Every Dog Wishes You Knew.

For some odd reason — the logic still eludes me — I decided to give my blog a different name than that of my book: Will my dog hate me if I dress him? is one out of the one hundred alluded to in the book’s subtitle.

Maybe I thought that a blog with pictures of dressed dogs would be a good marketing device. Maybe I was drinking heavily.

The pictures were cute, and some of the posts were funny, but they didn’t help sell my book — and why would they? I soon moved on to cover many of the book’s other topics, including serious issues like puppy mills, which should be abolished, and canine diabetes, which my dog Frankie had.

That’s the other thing that evolved. Sweet Frankie, who inspired the blog, is no longer my embodied companion, though he lives on in these posts.

Now there’s Madeleine, who has an entirely different personality. She’s kind of a badass, a bit of a tomboy. I would never consider dressing her.

But I still find plenty of other things to worry about. Like whether I’m boring her. That’s the theme that kept turning up, both in my dog book and my dog blog: confusion and worry about what your canine housemate thinks of you.

That whole clothing thing, for example. In the general scheme of things, dressing up a pup is not harmful. Shelters routinely put scarves and other items of clothing on dogs to, well, humanize them, which makes them more adoptable. There’s nothing wrong with that — as long as the dog is not uncomfortable.

Dogs let their incisors do the talking when they’re really upset. They don’t lie in wait, plotting revenge for perceived slights. Nor do they experience humiliation, even if you dress them in tasteless clothing. As long as your mirth is accompanied by liver treats, they don’t care whether you’re laughing at them or with them.

In the end, this blog is for trying to sort the data out and for encouraging people to do the best they can in a world where information shifts constantly. This is a guilt-free zone. Motto: Make a mistake, learn from it, move on.

Now if only I could take my own advice. I still regret starting a blog with a different name from the book that it was meant to publicize — and one starting with “W” rather than “A,” thus assuring that it would appear at the bottom of any blog roll.

It’s too late to change the blog’s name. I guess I’ll have to write another book.