Bad to the bone

Frankie was in a funk. Why wasn’t he getting the media attention he deserved, he wondered, after his stellar YouTube debut? I told him I tried again to get him into PeoplePets.com on Twitter, sending them a link of him in full cowboy regalia. I was sure that smug head turn at the end would convince them.

No bites, as it were.

So, he decided, no more Mr. Nice Dog. He grabbed his Doggles and biker gear and hit the road. Oh, oh, he got separated from his pack… 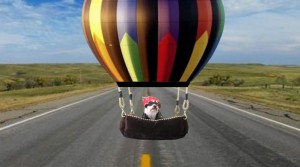 But, in search of a place that would recognize his incredible animal magnetism, he found his way to Hollywood. 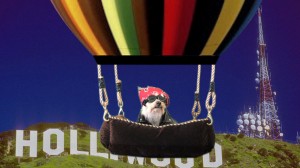 And even managed to get up a billboard for AM I BORING MY DOG. 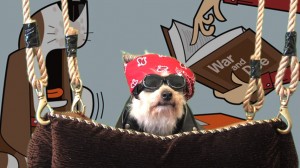 Who’s a good dog after all?

To see Frankie in action:  Am I Boring My Dog, Part 2: