Dispatches from a Professional Dog Person Can we talk? I’m having a bit of an identity crisis.

A Woman of Many Hats (including a sombrero)

Depending on whom you ask and when, I am a…

Looking back, I see I’ve followed my interests more than my common sense in a society that demands specialization.  Still, after many, many years of waffling, I finally feel comfortable defining myself as a writer.

Sometimes realizing that I ended up doing what I always wanted to do when I was a kid even makes me happy. 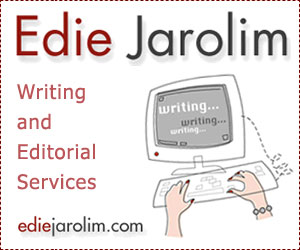 Who Do You Think You Are?

I’m glad I never managed to fit myself into a box, though it wasn’t for want of trying. I’ve gotten an amazing education, without paying any extra tuition. The drawback? People you’ve met in one phase of your life, especially those whose passions coincide with yours at the point of intersection, are convinced that they know the “real” you.  A friend I’ve kept up with since graduate school told me the other day that she always reads my blog. “Which one?” I wanted to ask — but I knew the answer. For her, there is only Freud’s Butcher, my so-called intellectual outlet. 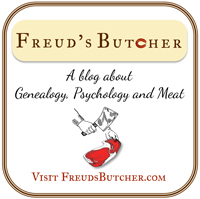 Others seem to believe in metamorphosis, to assume people change on a cellular level when they pursue a different interest.  I had the odd experience recently of seeing myself discussed, obituary style, on a Facebook literary page, where I learned that I’ve “become a professional dog person.” I understand that it’s shorthand, but it’s also shortsightedness, suggesting there’s nothing I might say about pets or animal welfare that could synch with an interest in poetry, that I use as fewer brain cells here than I do when writing about Freud or genealogy.

There’s not much we can do about other people’s perceptions of us. We can only try to be the people we aspire to be — or, putting on my professional dog person’s hat, the people that our dogs think we are.

The Book That Dare Not Speak Its Name

Which brings me, finally, to my point.

I’ve been in a black mood lately. It’s what happens when you lose a muse, a best friend, an identity. For nine years, whether I wrote about him or not, a large part of how I defined myself was as Frankie’s person.

I wrote about the loss. I had a fundraiser in Frankie’s memory. And, for a while, I thought I might write another dog book; I have a good one in mind, if I say so myself. But I realized that I’m not ready to tackle it yet. I need a bit of distance.

That’s true too of the family history book I was planning. I’ve enjoyed exploring the past, locating relatives from around the world. But all roads in that story seem to lead to the Holocaust, whether succumbing to it or surviving it. I need to step back from that sadness too.

It suddenly struck me: Before Frankie and Freud, there was Misguided, the working title of a memoir of my life as a travel writer (in some incarnations, the subtitle was Confessions of a Travel Slut). Started more than a decade ago, the book has been through two agents, one of whom decided at the last minute that she didn’t like my persona (um, that would be me), the other of whom disappeared after a single round of sending out sample chapters.

The last time I worked on the memoir was in 2008; Frankie had just been diagnosed with diabetes, and had never been keen on travel in any case. It seemed like a good time for me to settle in and reflect. I hired an editor to read the proposal and sample chapters of my memoir and then sent them around to agents again.

Somehow I ended up selling a book about dogs directly to a publisher instead.

A Woman with a Plan

In the intervening six years, publishing has changed — and so has my attitude towards it. With four books with large, traditional publishers under my belt, I have nothing to prove. And I’ve realized just how much marketing authors have to do to sell books for which they only receive a small percentage. This time, I’m going to publish the book myself. Stay tuned for the details; I don’t have them yet.

It occurred to me that it might be a good idea to write the book first.

So I’ve dusted off the old sample chapters and, for the first time, approached the book from the beginning, organically, rather than picking out tidbits to serve as agent or publisher bait. Starting any large project is always tough, but so far this has been a blast. I’ve been getting in touch with old friends from my days as a travel editor at Prentice Hall (Chapter 1), including several of the authors whose books I worked on. One of them confirmed that I was the first editor to allow the use of the word “penis” in a Frommer’s guide — a historic moment!

Revenge is a dish best served cold, it’s said, and I believe in the literary corollary: The best revenge is writing well. Those of you who have done me wrong should be very afraid.

But you pet peeps have nothing to worry about, I promise. You’ve always made me proud to be a professional dog person.

22 thoughts on “Dispatches from a Professional Dog Person”