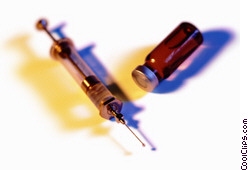 When my dog, Frankie, was diagnosed with diabetes mellitus at the end of 2007, I did what many people do when they learn their pet has a chronic, incurable illness.

Then I started researching the disease on the internet, which made me weep even more.

Four years [I updated this in December, 2011] and some solid, scientific evidence later — much gathered for two stories I wrote for Your Dog, the newsletter at Cummings School of Veterinary Medicine at Tufts University — I feel confident enough in my knowledge of the disease to debunk the most common, widely disseminated myths, the ones that got me the most upset about Frankie’s diagnosis.

Rather than overload you with technical details — one of the things that can drive a stressed-out pet owner crazy — I’m not going to provide a great deal of medical data here. To learn more about diabetes in dogs, and for a very supportive forum, go to k9diabetes.com.

Myth #1: Your dog got diabetes because he was fat

Obesity is a health hazard in animals — as it is in humans — for many, many reasons. There’s no question that it can hasten the onset of canine diabetes and make it more difficult to treat. But, unlike feline diabetes, which is similar to type 2 diabetes in humans, canine diabetes is akin to human type 1 diabetes. That’s the type that’s not caused by obesity.

What causes it, then? According to Dr. Lori Huston, who had an excellent post on the topic on Dancing Dog Blog:

The current thought is that genetics plays the biggest role in the development of diabetes in dogs. Although it is worth noting also that certain drugs (like corticosteroids) can increase the chance of diabetes occurring, as can a severe case of pancreatitis.

I should add that the corticosteroids part of this explanation, which I came across a while back, makes me a bit crazy. Frankie (who was never overweight) did spend about two week on corticosteroids when he injured his back; two months later, I noticed the first symptoms of diabetes. It’s probably irrational for me to think two weeks of drugs were responsible for the disease — but far be it for me to be completely rational. Or for drugs to be more dangerous than manufacturers claim.

Myth #2: Diabetes can be reversed by diet sometimes

Sorry, but no.  Since diabetes in dogs is not caused by obesity, and the pancreas has completely lost its ability to produce insulin, there’s nothing you can do except inject your dog with insulin. For the rest of his life. People used to tell me all the time, “I knew a cat whose diabetes was turned around with diet.” A cat is not a dog.

Trust me, false hope is not a good thing.

If canine diabetes is not controlled there’s a good chance that your dog will develop cataracts pretty quickly. If it is controlled, it’s likely to be more of a slow process; a lot of dogs get cataracts with age. Frankie is 12 1/2  and he has had diabetes since late 2007 and doesn’t have cataracts yet.

Moreover, surgery for cataracts is common — if expensive — and once removed cataracts don’t come back. Nor is blindness as much of a big deal for dogs as it is for humans, but that’s a whole other topic.

Myth #4: It takes only a few months to get the disease under control

Everything I read on the internet — and, yes, everything I heard from my vet — led me to believe that it’s easy to establish the correct type and dosage of insulin to get your dog stabilized. Six months into testing , which involves repeated — and expensive — glucose curves, Frankie still wasn’t stable and I was at my wit’s end, certain that Frankie was an anomaly and that he would never get regulated.  He did, fairly soon thereafter, but not without my having gone through additional trauma because I thought Frankie was a particularly tough case.

For some dogs, the right fix can be found fairly quickly, but they’re the anomalies. The average  time for getting your dog regulated is seven months.

I have had people try to assure me that the insulin injections couldn’t possibly hurt Frankie. If I get the needle in correctly, that’s true. But sometimes I don’t and I’m sure the shot does hurt; I accidentally pricked myself with a needle and said many bad words.

Frankie has cringed and made piteous cries and tried to escape for several days after I’ve given him an injection. As a result, I now put him on a leash anchored by my foot to prevent him from running away  or squirming. But, because they’re accompanied by treats, Frankie is generally ambivalent about his shots. He does this little approach-avoidance dance, where he runs forward and then retreats.

And you know what? Even on the days that he cringes for a second or two, Frankie still loves me. He just doesn’t love getting shots. Tough luck, buddy. They’re for your own good.

If you give your dog regular exercise, a good and consistent diet, and the required number of insulin injections at the required time intervals  — and monitor blood sugar to adjust the doses  —  there’s no reason that he shouldn’t continue to be his stroppy self (yes, Frankie, I’m talking about you) and live out fully the rest of whatever life span is typical for his size/breed.

I’m not going to lie. I wish that Frankie didn’t have diabetes. Being home at a certain time every day to administer injections is a pain in the butt. And because it’s expensive to find a pet sitter who gives shots, Frankie’s disease pretty much ended my full-time career as a travel writer.

But I’d already cut back on that career when air travel became a bigger pain in the butt than giving a small dog injections.

Turns out, my new career as a dog writer and blogger has expanded my universe as much as travel ever did.

And because regular exercise is now prescribed for Frankie to keep his diabetes under control, and because — what a terrier! — he refuses to take long walks unaccompanied by me, I get more regular exercise, which is bound to prolong my lifespan, if I don’t screw things up by drinking and eating too much.

Hey, Frankie’s diabetes never required me to give up my food writer job.