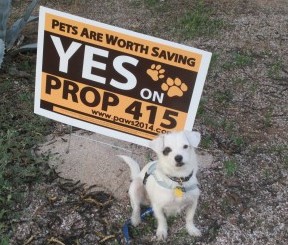 In some respects, my post title should really be My Five Months in (Small) Dogs.  I adopted Madeleine at the end of July, and that’s when the terrier-mix parade began–and never stopped. I’ve had more dogs in my home in those five months than I’ve had…ever. Madeleine is not especially dog oriented, but she seems to draw canine crowds.

First there were none

Of course my dogless months were never entirely dogless. Frankie’s spirit presided over them. It was too painful for me to post much in those days, but I did write the story of how I found Frankie’s final resting place. You know you want to know what it has to do with the photo below.

And then there was one and, almost immediately, two

I adopted Madeleine on July 23th–a day before the date I had committed to pet sit for my friend Cynthia’s dog, Mimzy. Madeleine was too new to my house to raise  a fuss when Mimzy arrived but a single day of residency was sufficient to establish a sense of ownership of me and my residence in her. She is a possession-is-9/10th-of-the-law kind of dog. By the end of Mimzy’s stay, however, Madeleine was willing to check her out. Madeleine’s presence on Facebook began to attract attention. Everyone wanted to meet her, including my friend Kim, who brought her adorable adoptee Penny over for a playdate. Madeleine remained aloof, though she clearly didn’t mind the proximity.

More evidence that I hadn’t really been planning to adopt a dog: The fact that I had committed in advance to pet sit for another dog, my friend Vera Marie’s pal Bogie. 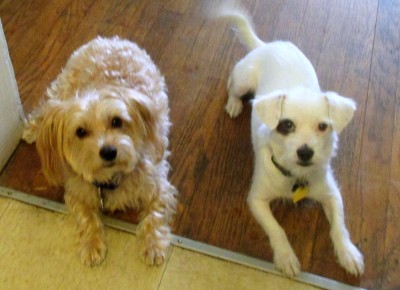 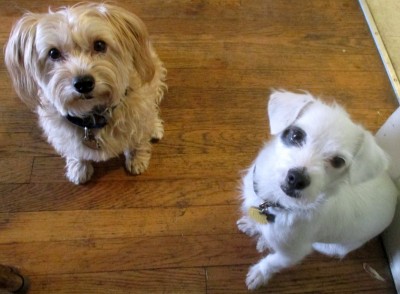 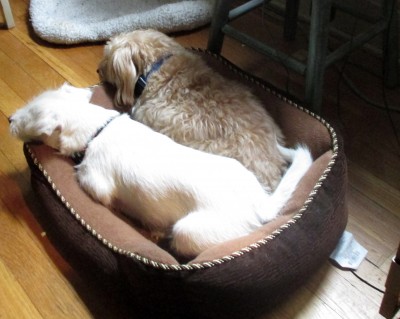 These pictures are somewhat deceptive. Bogie tried many times to get Madeleine to play–perhaps his in-your-face barking technique was not as effective as he thought–but they were definitely friends, if not playmates, by the end of Bogie’s three-week stay.

And then there were three

Madeleine’s next relationships were more, shall we say, organic. I rented my guest house to a woman who has several friends in common with me–and two small dogs, Earl and Cleo. Soon we were all having yappy hour in my backyard. 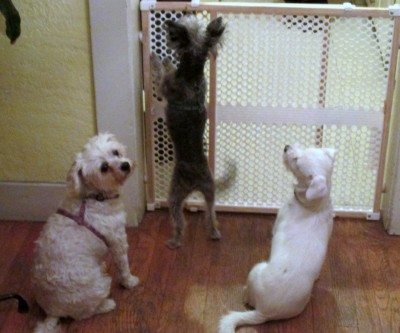 So when Maryrose went back home for the holidays, it was only natural for me to have Earl and Cleo stay under my (nearby) roof. 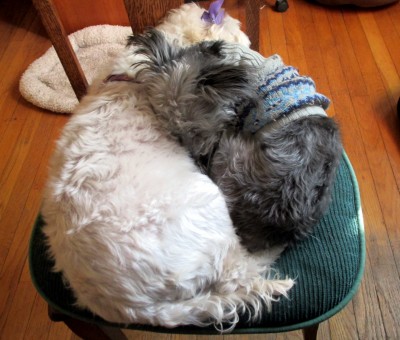 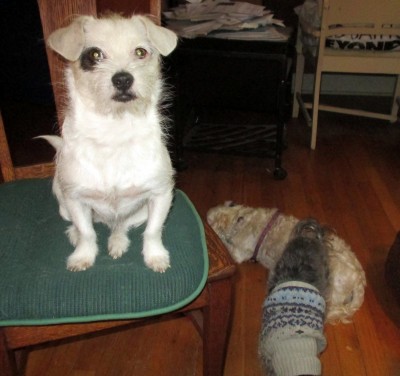 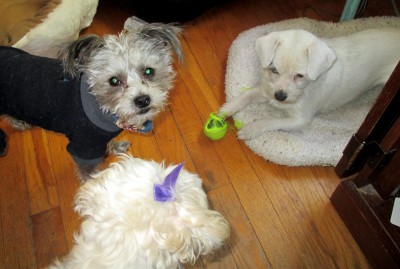 There was definitely engagement. Earl is small but won’t take no for an answer when it comes to playing.

On the last day of the year, Vera Marie brought Bogie over to meet Madeleine’s new friends. I was convinced Cleo and Bogie would be BFFs, but not so much; Bogie received a dose of the in-your-face barking technique from Cleo and was not impressed.

But a good, if noisy, time was had by all. 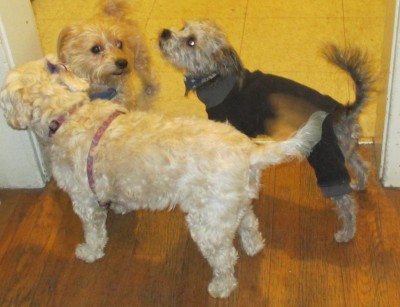 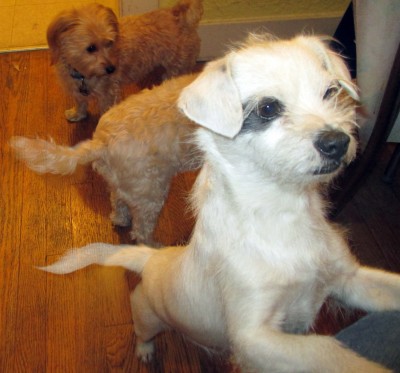 Madeleine will always prefer food to the company of other dogs–and humans–though she knows humans to be the source of food. 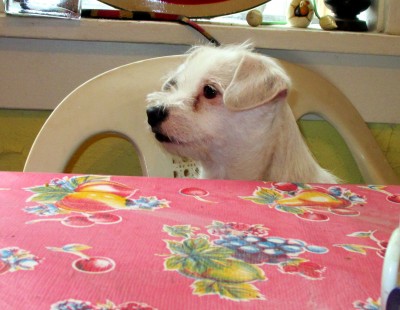 Maryrose returns tonight. She misses her pups–naturally–and will be very glad to see them. Whether Madeleine will miss their company remains to be seen, but I suspect she will be glad to have me (and my food supplies) all to herself again.

I hope at least parts of your 2014 were as amusing as mine turned out to be–and that 2015 is better yet.

P.S. If you haven’t had a sufficient small dog fix, visit Will My Dog Hate Me on Facebook.