My Dog Supports My Kickstarter — Won’t You? I announced recently that I was embarking on an exciting new project: Writing a memoir of my days as a travel writer, to be financed by a Kickstarter campaign. The campaign is live and naturally Madeleine has a prominent role in the promotional video.

Many of you will remember the Pet Adoption Videos That Won’t Make You Want to Kill Yourself series I ran here. It included many, many posts, but here’s one example that also alludes to my inspiration for it, the [do not click unless you want to be depressed] ASPCA ads with the sad music by Sara McLachlan.

It is this video that I am parodying in my Kickstarter promo. Most everyone — i.e., not only dog people — will get the takeoff on the sad donation ads, but it takes insiders to understand things like the “food aggressive” reference, warning signs on the crates, etc. Yes, you are my peeps.

Okay, you’re saying, cute video. But why should I support a book if it’s not going to have dogs in it?

Why Support My New Book?

It’s true, as the book is currently outlined, there are no dogs in it until the end. Frankie doesn’t come on the scene until the last chapter, and even then he just has a cameo. Madeleine doesn’t appear at all.

So let me give you a few reasons:

Well, I’m glad you asked. Here’s the story behind the book. Here’s a short primer on what it means to back this Kickstarter project.

And here’s the official badge that you can click on to get there. 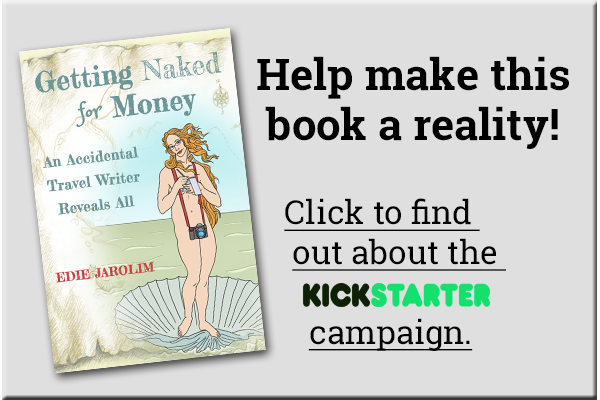 On Tuesday, May 26th, I’m going to introduce a new $5 reward: A “thank you for making my book possible” postcard (I haven’t designed it yet, but it’ll be cool, I promise). But new supporters of the campaign on any reward level today (May 23), tomorrow (May 24) or Monday (May 25) get that postcard for free.

4 thoughts on “My Dog Supports My Kickstarter — Won’t You?”